Home » Company News, Research and Industry Trends » Are We Living in an Era of Salary Transparency to Address the Gender Pay Gap?
× Share this Article

First Cat Sadler, then Michelle Williams, and now Tracee Ellis Ross: One by one, Hollywood stars are beginning to open up and speak out about notable pay discrepancies, compared to how they stack up to their male counterparts.

Former E! News host Cat Sadler resigned from her position following failed negotiations after she found out that her male co-star was earning nearly twice as much. Mark Wahlberg decided to donate the $1.5 million he earned for a movie re-shoot, compared to his co-star Michelle Williams’ who earned less than 1 percent of that, after the pay gap created a media firestorm and backlash. And more recently, the entertainment world has been buzzing about the pay gap on one of TV’s hottest shows Black-ish, after it was revealed that Tracee Ellis Ross wasn’t paid the same as the male lead.

While the intent has never been to malign the male stars who got paid more — and may or may not have even realized it — the wave of salary transparency this has ushered in has got us wondering whether there will be a spillover effect in other industries as well.

Though not isolated to closing the gender pay gap, a growing number of states are enforcing salary history ban laws that prohibit employers from asking about a candidate’s salary history that may include compensation, benefits, wages, etc. during the application or interview process. At a basic level, it’s intended to mitigate and eventually eradicate the systemic problem where certain individuals get stuck within a pay bracket that’s near impossible to break out of. Even on a personal note, I have female friends who have tried to negotiate for a standard market rate for particular jobs, but were told not to expect too much more than what their previous employer was paying.

In addition to legislation, the public discourse on these types of issues are gradually chipping away at unequal pay for equally qualified individuals who are expected to perform similar jobs.

Just this week, news began to circulate online about a crowdsourced Google doc where TV writers could be transparent about how much they were making.

Hey folks. I received a copy of a google doc put together by TV writers where they are sharing their salaries. There are both men and women on here. If you are a TV writer you can add to this anonymously. https://t.co/QwLLs3Ybri

With this kind of salary transparency among peers is gaining traction, you can start expecting employees to have a louder voice if they detect major discrepencies in pay compared to their male counterparts. When was the last time you took a look at your payrolls to see how much your male developers are compensated compared to equally qualified female developers?

Additionally, when it comes to your hiring process, use labor market data to ascertain what you should be paying a new hire and be transparent with potential candidates about the compensation you are willing to offer versus inquiring about their salary history and opening the door to more subjective rate-setting.

Uncomfortable conversations can lead to needed change, so take the appropriate steps now to ensure a level playing field in the future.

Learn more about salary history bans and how they might impact you. 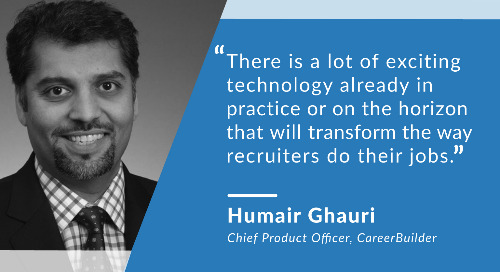 6 HR Technology Trends to Watch For This Year

Learn some of the trends that are shaping the space this year, and how the right technology will help compa... 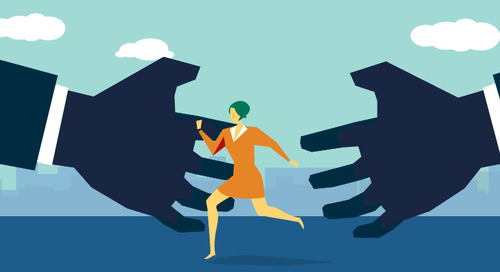 Steps you can take right now to prepare your company to prevent or remedy sexual harassment in the workplace.