Home » Company News, Research and Industry Trends » 3 Things You Should Know From the May 2016 Jobs Report
× Share this Article

3 Things You Should Know From the May 2016 Jobs Report

It may feel like summer, but the U.S. economy plunged into a deep freeze in May, according to the new BLS jobs report released this morning.

Reactions from news outlets have been strong, calling the report everything from “ugly” to “miserable” to “dismal” and more. Here’s a sampling of headlines from leading news outlets: “The Latest Jobs Report Badly Misses Estimates,” “U.S. job creation weak, even as unemployment rate falls to 4.7%” “Why the Disappointing May Jobs Report is So Important” and “May’s Jobs Report: Very Disappointing.”

As you may know, following each month’s BLS jobs report, we read dozens of news reports, scour the web, and break what we find down to three key talking points you can use. Whether you’re taking a break at the office water cooler or conversing with peers in the industry, you’ll have three conversation starters in your pocket.

Here’s the News You Can Use From Today’s Release:

1. May numbers weren’t even kind of close. While economists were expecting a modest 162,000 jobs to be added in May, the actual numbers were staggeringly lower at 38,000. That makes it the worst monthly job gain since 2010. It also means that job gains have dropped for the third month in a row.

According to CNN Money, external factors, such as Verizon’s strike may have contributed to the low numbers, but it still doesn’t explain it entirely.

About 36,000 Verizon employees went on strike for 6 weeks, demanding better pay and conditions. That had a negative impact on job gains. Still, the Verizon strike does not fully explain such weak job growth in May.

Uh oh: U.S. hiring slowed in May to its slowest growth since the economy stopped losing jobs in 2010 https://t.co/GgI1EpoiJg

It’s rare that there’s a jobs report that is as likely to shift Fed policy as this one. Domestic slowdown + Brexit uncertainty = wait.

That rate does not include those who did not actively look for employment during the month or the underemployed who were working part-time for economic reasons. A more encompassing rate that includes those groups held steady at 9.7 percent.

3. What does this mean for interest-rate hikes? The bottom line is: It could certainly have an impact.

The case for the Federal Reserve raising interest rates just got a lot harder. For a second consecutive month employers added a disappointing number of new workers to their payrolls, the government reported on Friday. Now the Fed has to determine whether the economy is still strong enough to endure the first rate increase in six months when the central bank convenes in about two weeks.

According to The Wall Street Journal:

Federal Reserve officials have signaled that they would be ready to raise short-term interest rates again as soon as the June meeting if the U.S. economy continued to improve. Friday’s employment reportFriday’s employment report, which also showed employers added fewer jobs in April and March than previously estimated, doesn’t provide support for raising rates, analysts said.

Don’t miss the jobs report buzz! Follow us on Twitter @CBforEmployers and live tweet with us starting at 8:30 a.m. EST on the first Friday of every month as part of #JobsFriday. 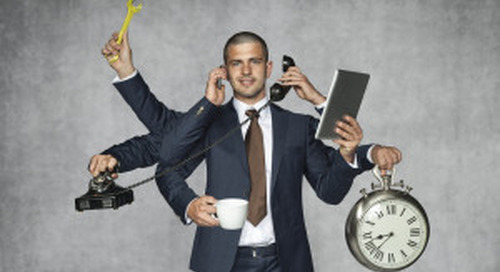 What Are Workers Wasting Time On? Top 10 Productivity Killers

3 in 4 employers in the U.S. say two or more hours a day are lost in productivity because employees are dis... 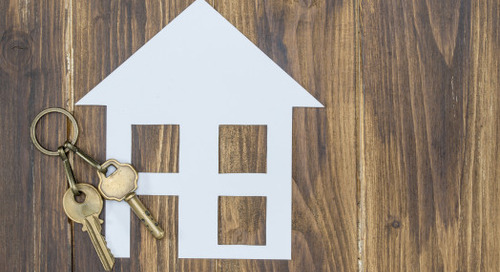 5 Times ‘House Hunters’ Was Exactly Like Hunting for Candidates

Here are five funny tweets we found online that prove that “House Hunters” and candidate hunters have more ...