Earlier this year, CareerBuilder announced that it was collaborating with Google Cloud to transform the industry standard for job search. All of the job search on careerbuilder.com and its 4,000 talent networks is powered by Google's cloud-based machine learning solution (Google Cloud Talent Solution), enabling faster, easier connections between candidates and employers.

CareerBuilder is excited to announce the availability of the Google Cloud Talent Solution feature on its job site (careerbuilder.com) that allows US military service members to enter their military occupational specialty code (MOS, AFSC, NEC) and find relevant civilian jobs that require similar skills to those used in their military roles.

"One of the biggest challenges veterans face is understanding how their military skills translate in the civilian world," said Irina Novoselsky, President and COO of CareerBuilder. "Veterans have fought for the freedom and opportunities our nation enjoys today, yet a significant number of them are underemployed or working in low-paying jobs. CareerBuilder is passionate about providing veterans with the resources they need to find fulfilling work that pays well – and we are excited that Google Cloud's new feature will help to expedite that process."

"We owe a debt of gratitude to America's service members and were committed to helping them thrive in civilian life," said Tarquin Clark, Director of Partnerships & GTM, Google Cloud. "By working with industry leaders like CareerBuilder, we can help veterans transition from the military to relevant, impactful civilian jobs."

According to CareerBuilder research, 40 percent of employers reported that they plan to actively recruit U.S. veterans for their jobs in 2018. Sixty-eight percent said that, if they had two equally qualified candidates and one was a veteran, they would hire the veteran.

An estimated 250,000 military members enter civilian life each year. By creating a feature for transitioning service personnel to use their MOS codes to find civilian jobs, Google Cloud is helping CareerBuilder to ensure that the skills they acquired in the military transfer to their new profession and that they can connect with top employers.

Learn why it pays to hire veterans for your small business. 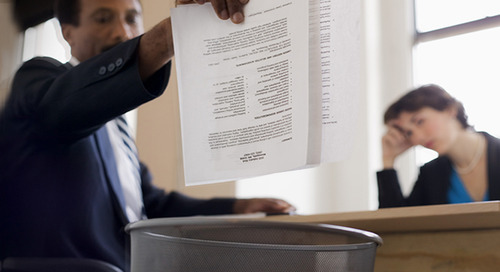 In This Tight Labor Market, Employers Still Have Candidate Deal-Breakers