Home » Company News, Research and Industry Trends » 2 in 5 Workers Have Dated a Colleague
× Share this Article

2 in 5 Workers Have Dated a Colleague

If you can’t be with the one you love, love the one you work with. That seems to be the attitude more working Americans are taking these days. According to a new survey from CareerBuilder, 41 percent of American workers have had an office romance. The number is up from 37 percent who said the same last year and the highest it has been since 2007.

Of these workplace romances, 29 percent have been with a higher up – including the person’s boss –  and 19 percent have involved a co-worker who was married at the time.

And though romantic relationships between workers may be more common, it doesn’t necessarily mean they are accepted: 38 percent of workers who have had an office romance had to keep the relationship a secret.

There’s good reason many employers are leery of office romances. If they go bad, it can take a toll on performance and morale. In fact, 5 percent of workers who have had office romances left their job when the relationship went sour. Banning office romances is unlikely to stop employees – and may only encourage them to sneak around; instead, consider creating an office romance policy to clarify the expectations around such relationships, should they occur. Make it clear that employees should keep their personal relationships from interfering with their jobs and to maintain professional behavior at all times.

Get more details from the study here. 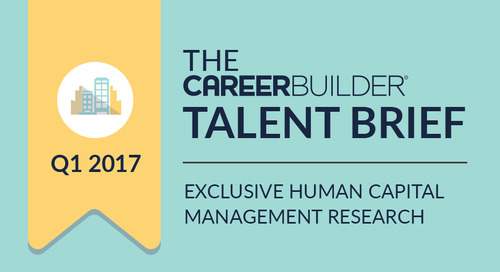