The U.S. economy added 128,000 jobs in October, vastly outpacing economists’ estimates of 85,000, according to Bloomberg. The unemployment rate crept upward to 3.6% as 325,000 more Americans reentered the workforce and started actively looking for work.

Despite economists’ concerns about how a 40-day strike by GM autoworkers and a decrease in Federal employment with the conclusion of the 2020 Census, the U.S. employers added 128,000 jobs last month.

USA Today: “U.S. hiring was surprisingly solid last month as employers added 128,000 jobs despite a General Motors strike that held down overall payrolls and the loss of 20,000 temporary census workers. The showing highlights a healthy economy that eases recession concerns.”

ABC News: “Friday's jobs report suggested that further job gains may be coming. Last month, the GM strike contributed to the temporary loss of 41,600 auto factory and likely other related jobs. But the settlement seems sure to lead to a return of those jobs in the coming months.”

CNBC: “Along with the better-than-expected performance in October, previous months’ counts were revised considerably higher. August’s initial 168,000 estimate came all the way up to 219,000 while September’s jumped from 136,000 to 180,000.”

Bloomberg: “Manufacturers subtracted 36,000 jobs, the biggest drop since 2009, though it would likely have been a gain without the effects of the strike. Still, even excluding the impact of the walkout, the sector has become increasingly fragile amid slowing global growth, a strong dollar and an ongoing trade war with China.”

Washington Post: “The jobs gains in October came primarily in industries like health care and social assistance, which added 34,000 jobs, and leisure and hospitality industry, which added 61,000.”

CNBC: “At the industry level, the biggest job creation came in food services and drinking establishments, which added 48,000. While those positions are generally associated with lower wages, they also can reflect consumer demand and the willingness to spend discretionary money.”

On Wednesday, after cutting the benchmark federal funds rate for the third time in 2019, the Fed announced plans to pause further adjustments – a decision affirmed by the strength of October’s jobs report.

Bloomberg: “The report supports Fed Chairman Jerome Powell’s assessment this week that the U.S. economic outlook remains solid and the job market ‘strong’ – allowing the central bank to take a breather after a third straight interest-rate cut – despite a persistent trade war with China and an increasingly dim global situation.”

CNBC: “Even though the Fed’s action was seen as hawkish, interest rates slipped, and the 2-year yield fell below the 1.65% level it was at ahead of the Fed’s announcement. It remained below that level after the jobs report, trading at 1.53%. Yields move opposite price.”

Having trouble finding quality candidates to fill your open positions? It may be time to start thinking like a job seeker. 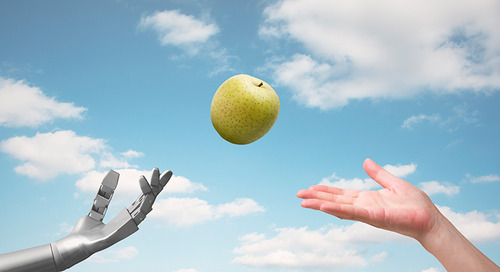 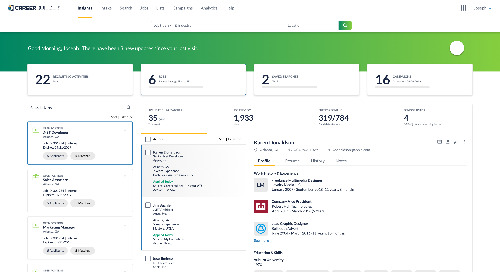 Plan, source, search, match, engage, and manage your recruitment in one place. The next-gen Talent Discover...