According to data from the Bureau of Labor Statistics, the share of people who left jobs on their own, known as the quits rate, was at 2.7 percent in September – close to the record high of 2.9 percent set in 2001.

This is not such great news for employers who are having a hard enough time trying to hire new employees, let alone keep the ones they already have.

Sure, the good economy is giving employees the courage to seek out other opportunities, but you’d assume that if they were happy at their current job, they wouldn’t leave.

So, why are your workers quitting? Here are some reasons why they may be saying goodbye – and what you can do to keep them from walking out that door.

They’re Not Getting Paid Enough
The first reason is a pretty obvious one. Your employees either feel like they aren’t getting paid enough, or they could get more money elsewhere. According to a recent study, nearly half of respondents say that salary is the biggest reason employees change jobs. In fact, the average wage increase for a worker who quits their old job for a new one is about 15 percent.

What to Do: While it’s not always possible to bump up salaries, you should at least try to keep in line with competitive rates. Other options include providing bonuses or seeking other non-monetary benefits that could differentiate you from the company trying to woo your best employees. In fact, when asked what extra perks would make employees more willing to join or stay with a company, the most popular choices workers pointed to included half-day Fridays (40 percent), on-site fitness centers (27 percent), and being able to wear jeans (23 percent). A little something extra can go a long way toward retaining employees.

The Work Environment is Toxic
Another reason employees may be jumping ship is a work environment that lacks transparency, is hyper-competitive and where the morale is low. CareerBuilder research found that 46 percent of workers who had taken a job only to realize it's a bad fit said they noticed their mistake based on toxic work culture. In the current job market, why would an employee stay put if they don’t feel appreciated by their bosses or work in a collaborative setting, especially if they can find all of that – and more money – somewhere else?

What to Do: Now, more than ever, it’s important to show employees you’re invested in their professional growth by providing new learning and mentorship opportunities; you’re committed to being transparent by communicating consistently and truthfully about the state of the business; and you’re better when you’re working as a team by rewarding teamwork instead of just individual performance.

They’re Not Getting Promoted
Even though it may be easier to get a job these days, it may actually be harder to get promoted. That’s because during the recession many organizations removed layers of middle management, which now leaves fewer opportunities to get promoted. If a worker feels like there’s no room left for them to grow professionally within your company, they’ll turn to a competitor to find that next challenge.

What to Do: It’s vital to have regular check-ins with your employees, even if they aren’t always formal, to provide them with professional feedback, give them a chance to share any frustrations they may be having, and discuss their career path. Even if there isn’t an opportunity for a direct promotion, they may be interested in a lateral move to a different type of role that could provide a new challenge.

You should also assess current job openings to determine if there are opportunities to promote from within. Even if an employee doesn’t have the exact skill set, they may have transferable skills and the rest can be learned on the job or through training. That way you’re saving time and money by not having to go through the recruiting process.

They Have a Bad Commute
While this one may seem a little unexpected, a new study by Robert Half found that commute time plays a bigger role than one may think in employee satisfaction. According to the survey, more than 1 in 5 employees (23 percent) have left a job because of a bad commute. While 39 percent of professionals reported their travel to and from the office has improved over the past five years, 22 percent said the trip has gotten worse. Of those who noted a negative change in their commute, 60 percent said their company has not taken steps to reduce the burden on employees.

What to Do: While you can’t change where your employees live, or where your office is located, there are ways to make the commute time easier or provide commuting-related benefits. For one, you can give employees the option of working remotely or allow them to have a more flexible schedule. Another way to ease some of the frustrations of a long commute is to provide transportation benefits such as discounted parking or pre-tax savings.

Learn the reasons why new hires hate onboarding – and how to make it better.

Here’s a look at some of the key updates we’ve recently made in the areas of candidate experience, talent a... 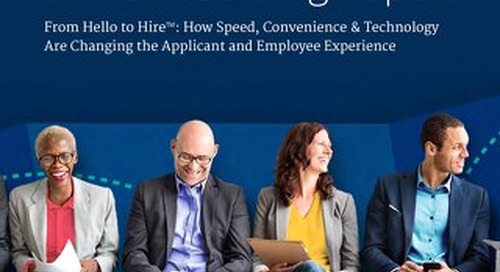 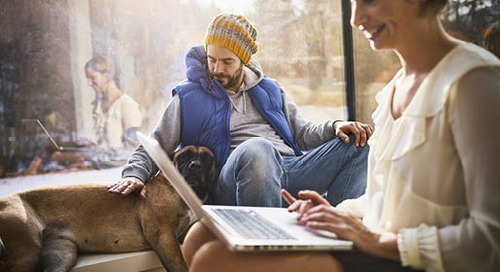 3 ways remote work can improve your mental health and relationships

From perfect-for-you environments to more time with loved ones, there are tangible and emotional benefits to working remotely 40 hours a week. 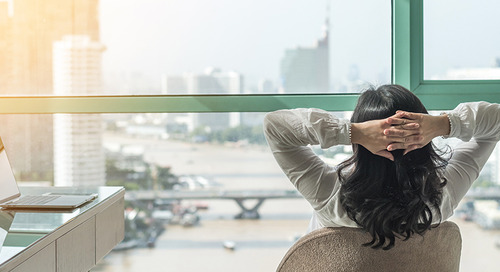 5 Reasons You Should Consider HR Automation

Here are 5 reasons why employers are automating their talent acquisition and management process. 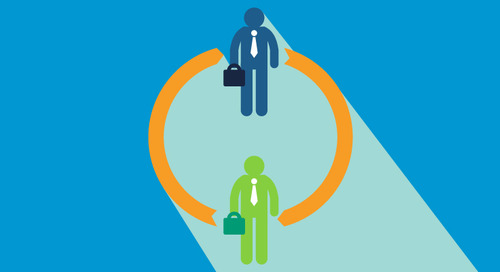 Here are six key reasons you should invest in onboarding technology, especially if you’re in a high-turnover industry. 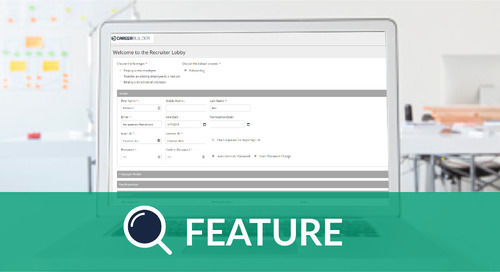 Onboarding technology that integrates seamlessly with Applicant Tracking is a win-win for employers and new hires.